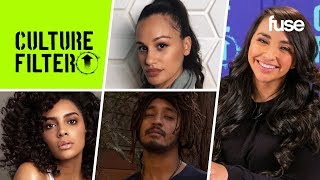 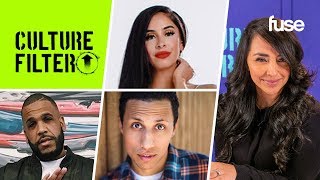 Culture Filter! This week we talking Cardi B, Lizzo, Drake and more!

Tamara Dhia Sits Down For Episode 2 of What Got Me Here!

"No, my first name ain't babyIt's Janet, Miss Jackson if you're nasty" - YASSSSS!!!!

For as long as I can remember I've loved Janet Jackson! I would list ever song that I love from her but we'd be here forever! My Dad recorded "The Velvet Rope" Tour for me and I would watch it everyday, I even learned the entire dance to "All For You." So when I got tickets to see Janet Jackson at the Hollywood Bowl last year I freaked out! Janet is someone I always dreamed of watching live and she KILLED IT!!

So you can understand that when I found out I was going to meet THE Janet Jackson...I DIED!!

I truly learned a lesson from Janet today, no matter how successful you become, no matter how many people know your name you should treat every single person you meet with kindness and a smile!

I have to admit, I'm not proud of the interview because I feel like I acted like a fool, I was so in awe of her that my brain didn't work! BUT I don't care, because I'm a fan first!

Janet also confessed that she's NEVER had KFC, so if I ever get to meet her again, I'm going to bring her a bucket of KFC!!